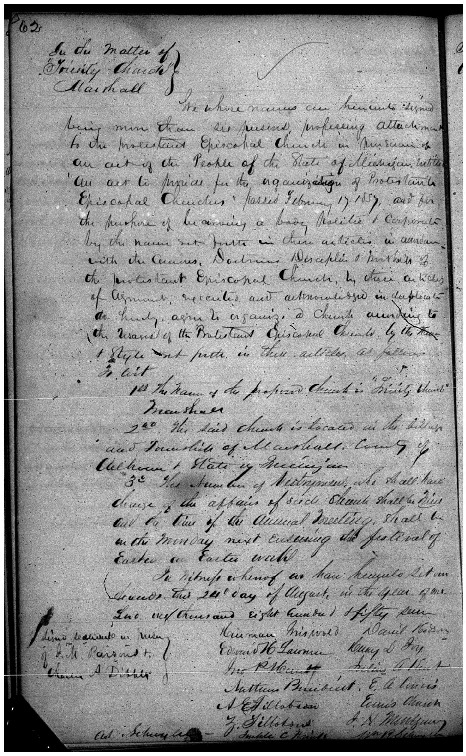 The 1857 articles of incorporation for Trinity Church of Marshall, Michigan (Protestant Episcopal denomination).

In the matter of
Trinity Church
Marshall

1st The name of the proposed church is “Trinity Church” Marshall

2nd The said church is located in the village and township of Marshall, County of Calhoun & State of Michigan

3rd The number of vestrymen who shall have charge of the affairs of said church shall be ___ and the time of the Annual Meeting shall be on the Monday next ______ the festival of Easter in Easter week.

In witness whereof we have hereunto set our hands this 24th day of August, in the year of our Lord one thousand eight hundred & fifty seven.

Signed & delivered in presence of
J.M. Parsons &
Charles A. Dibble