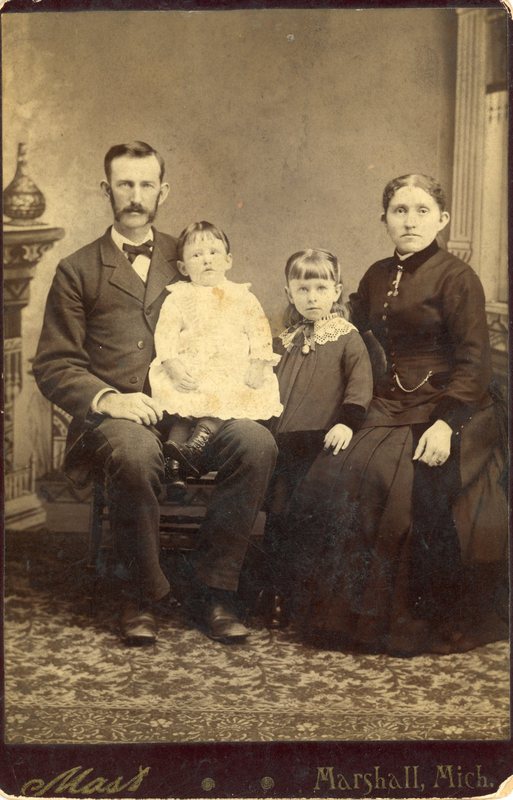 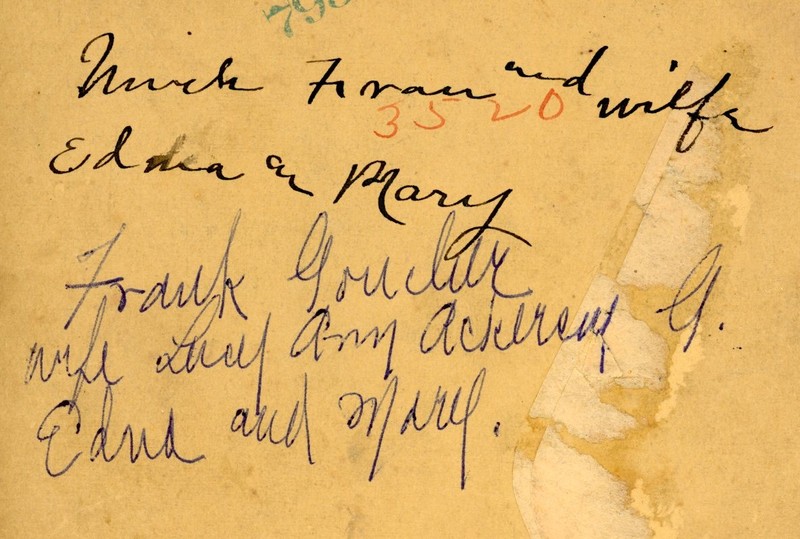 A family portrait cabinet card photograph of the Goucher family of Marshall, Mich. Taken by the John Edward Mast, also of Marshall.