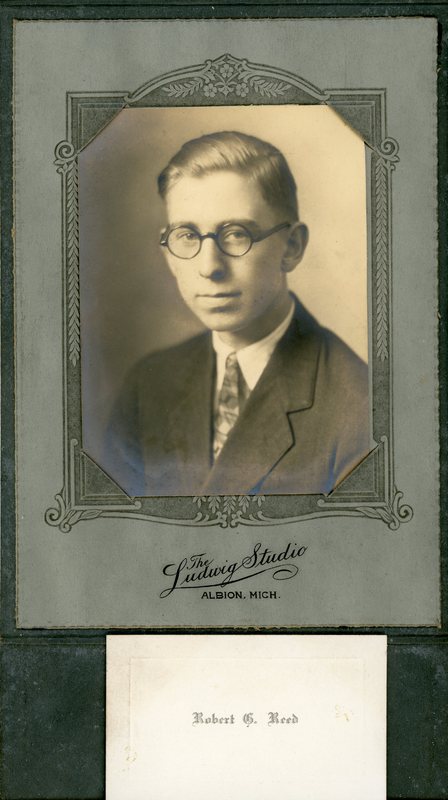 An image of a young man, identified as Robert G. Reed on an attached label. Photographer is The Ludwig Studio in Albion (Mich.). Harland A. Ludwig operated in Albion from 1926-1939.